(How Not To) Care For Your Child’s Spica Cast 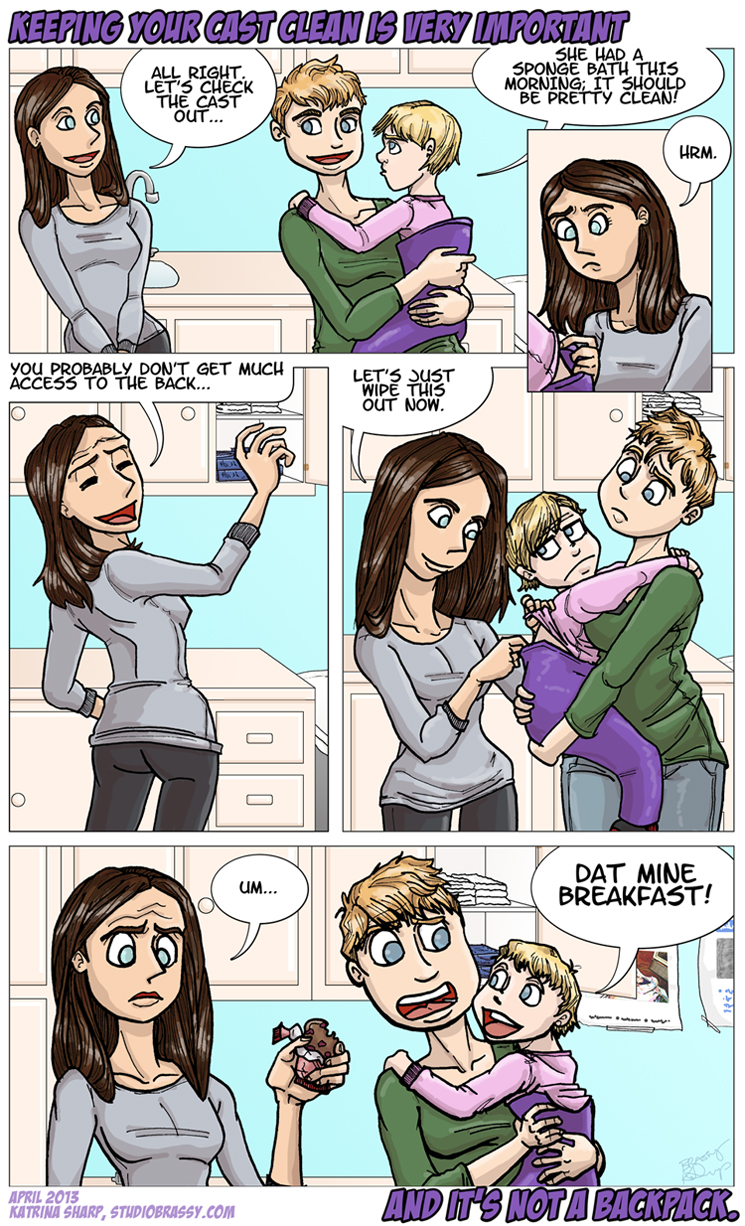 My daughter was born with bilateral dislocated hips, which is pretty severe hip dysplaysia. She had to have two surgeries in the fall to put the head of the femur into the sockets, which required cutting a short chunk out of the femur and cutting the pelvis to shape it correctly around the femur. Clearly, it was a lot more involved than that, but that’s the basic understanding of a parent. Our surgeon was very good, and explained things even after he’d already explained them I still had questions. Everybody says surgeons have terrible bedside manners, but ours was great.

After surgery, Pixie was in a body cast (hip spica cast) for four months. The cast went from her ribs to her ankles for the first 3 months, and then they put on a short cast that only goes down to above the knee. Except she had to have her short cast extended down to the ankle again on one side because she’d managed to break her leg in the cast. I swear, caring for a three year old in a spica cast is even harder than taking care of a newborn. On top of that, she has a little brother so we had to make sure that he didn’t manage to hurt her, either. Chappy was not even two yet when Pixie was in the cast, so he didn’t understand and he just wanted to play and climb on her and take her toys because she was getting so much attention. Exhausting.