I spent a non-trivial amount of time working on the doctor’s office background, which you barely see in Monday’s comic, so let’s take a closer look!

First, I started with a crap-tastic little doodle on Paper by 53, emailed that myself, and used it as the base guide for drawing the actual background in Photoshop. 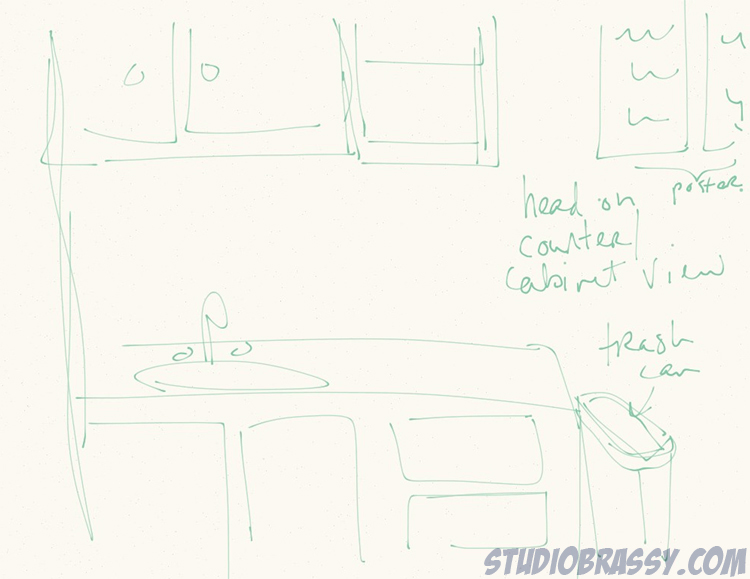 I knew I wanted Nurse to take a washcloth from the cabinet, so I drew the unopened view first… 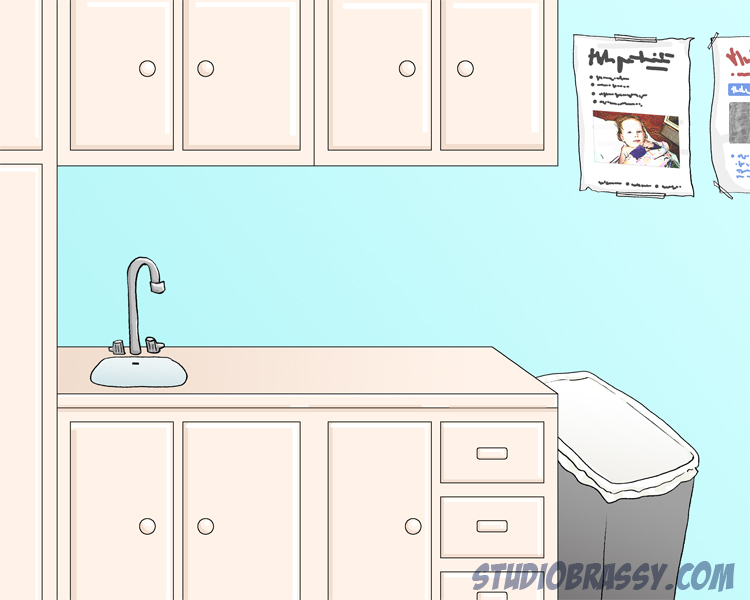 And then made another layer on top with the cabinet door open and stuff in the cabinets! 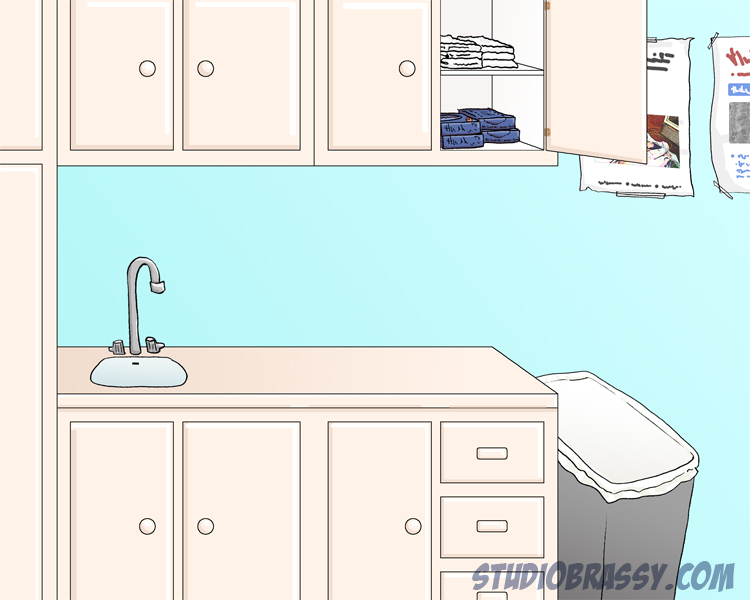 The sink, trash can, posters (shape), and cabinet contents were all drawn in my sketchbook and then scanned, colored, and layered on after some size and angle adjustments. The cabinets and counter I drew using the straight line pencil function and a ton of guides layed out over my initial sketch layer. After laying out the comic itself, I added the background behind and adjusted the size, cutting everything outside of the proper panel (and obviously, my figures were on a layer above the background). I have a few more sketches of the exam room, but I wound up not needing another view on this page. I have at least one more idea for a Pixie-related page, and that one will require at least one more view. I have the basic doodle plus some add-on items done for it already.

Of course, I started this page back in… January? And now it’s April. So don’t look for that too soon! But if I nail down a layout and script that I really like, it’ll happen eventually.