Winter Warriors is a local disc golf tournament that raises funds for Food Bank of the Rockies. I was commissioned to create the art for this event, which featured on custom discs, long sleeve athletic shirts, and (of course) the facebook event and group. The two elk were initially envisioned as fighting, though there was some artistic license needed to get them both visible and situated well in a circle (the main use for the art was on the custom disc golf discs). Once the promotional event materials came out, they were quickly dubbed the kissing elk and became, surprisingly enough, even more popular with the commissioner and his group! 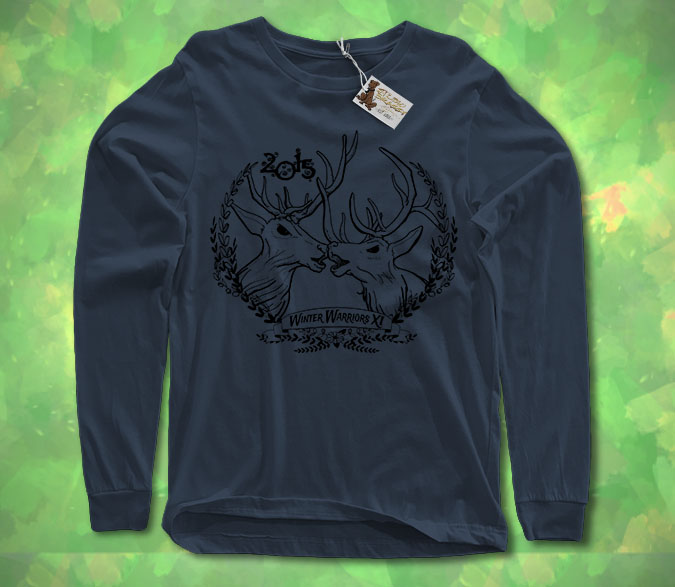