Somebody got a brand new toy! It’s a big, plastic egg by Jolly Pets, is fairly lightweight, and the egg shape makes it wobble erratically when he pushes it. Also, he can’t bite it, and not for lack of trying. Tank is in L-O-V-E with this thing, so I hope it holds up well. He pushes it with his head and grabs at it with his front paws and his mouth, and he just tears around the yard chasing it. Since he’s not a big fan of fetch, and keeps destroying his tug toys, this kind of play is perfect for him! He really needs a good amount of exercise and mental stimulation, which the egg provides both of in high quantities. 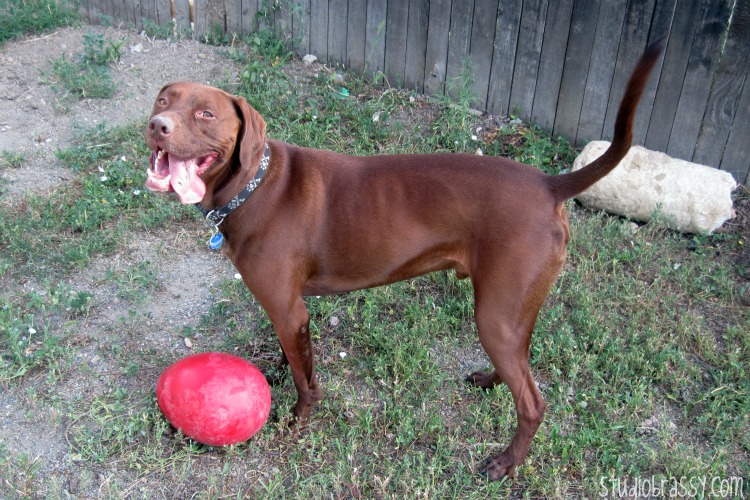 I think the key now is going to be making sure he doesn’t give himself heat stroke playing with it outside. We already have to supervise Matti carefully – that doofus would quite possibly fetch until he fell over dead.

Psst! I bought mine at Amazon for $14.95 (the Large size). I haven’t seen them at any of the local shops, like Petsmart, but I have seen them online other places. This is not a sponsored post, and that is not an affiliate link.