Our adventure continues! Missed the previous installments? Check out PART  ONE and PART  TWO!

“We’re on it, Detective!” the two heroes chorused. They started off towards the pier in question when Cholma had an idea. He paused on a rooftop and made a quick call, then hurried to catch up with Maddy. They quickly found their target and took up an overlook position on a nearby building. Aside from two armed guards in coveralls patrolling the deck, there was no one else visible in the twilight.

“What do you think?” Cholma whispered as they watched the two reach the bow of the ship then turn around and begin walking towards the stern. “Take those two out now, or recon a little more?”

Maddy considered it for a moment. “Let’s take these two now. If there’s anyone hanging out on the stern, or up on the bridge, we might be able to get rid of these guys without being noticed. Wait too long, and we risk being heard.”

“Sounds good. We’re close enough, I should be able to snipe the one guy from here.” With that, Cholma faced the nearest of the guards and placed his fingers along his brow. After a few moments of concentration, a psychic lance of energy stabbed out and struck the guard, dropping him to his knees. Maddy was already in air, hurtling towards her hapless foe. Before he was fully aware of what had happened, two ice blasts had struck him down. The second guard whirled at the noise, and seeing Maddy flying towards him, he fired off a panic burst from his machine gun. The shots went wild. Maddy froze him in a block of ice as Cholma appeared behind the man. The two heroes closed the range and both pummeled the helpless man with a flurry of punches.

Moments later, both men had been transported to prison, and Cholma crouched behind one of the massive cargo hatches. Maddy joined him. A quick, whispered conversation ensued then Maddy flew off towards the bridge structure, traveling down the port side of the ship. Cholma teleported to the roof of the structure, landing on the starboard side. Maddy completed her circuit of the ship and landed next to him. “No sign of anyone else topside,” she reported. She noticed him gazing off to the south and looked that way as well. A faint blue and green starburst appeared in the distance, followed by a closer one moments later. A third one even closer now revealed a familiar silhouette to her. Less than a minute later the intimidating form of the mighty PSL Animal appeared next to Maddy. 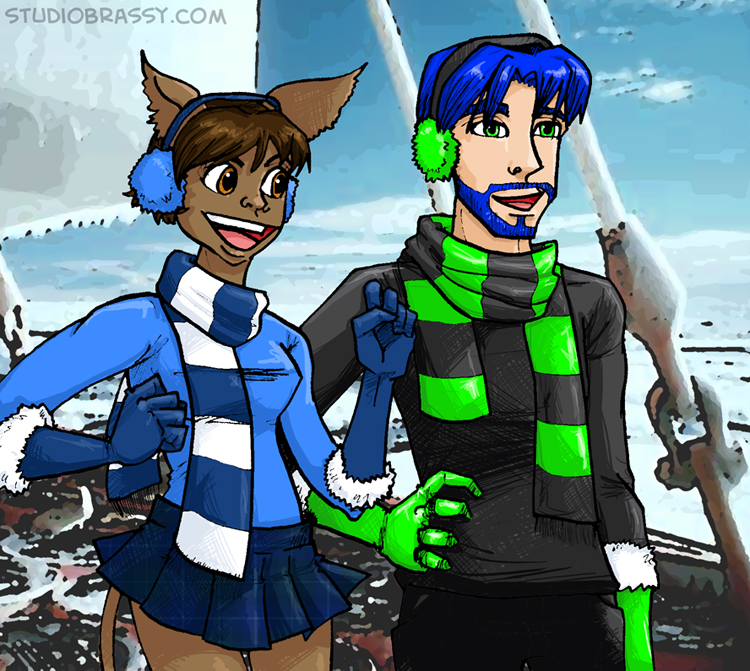 “Hey, Maddy! Cho! I heard you could use a Tank! Someone need a pounding?”

Maddy grinned. “You bet! How does pounding Arachnos Spiders sound to you? The scum are stealing toys from the ‘Toys For Tots’ charity.”

“That’s what Cho said! You know, it’s Friday night and I was heading home when he called. It’s beer night, after all.”

Cholma looked quizzically at Animal. “Isn’t every night beer night with you?”

“Of course!” Animal laughed boisterously. “But on Fridays… it’s PIZZA and beer night!”

Maddy snerked. “In that case, we shouldn’t waste any time! We’ve cleared the deck, but now comes the fun part: clearing out whoever’s inside the ship and recovering the toys. We know for sure there are goons in coveralls carrying guns as well as Wolf Spiders. We’ve also heard reports of Crab Spiders.”

“Let’s do it, then!” Animal hopped down to the deck and threw open the hatch leading inside. Maddy and Cholma hurried to catch up. What they found inside gave them all a brief pause. The first cargo bay they found had several of the stolen semi-trucks inside. Their doors were open and many of the wrapped Christmas presents had been ripped open. At least twenty of the Wolf Spiders could be seen roaming around the room, some in conversation, some lounging against a bulkhead, and others tearing through presents apparently in search of something. On the far side of the room, three of the armored Crab Soldiers were talking with a floating figure wrapped in red cloth. “Well, crap,” whispered Animal. “They brought Mu Guardians with them. I hate those creepy mummy guys.” The Mu Guardians were mystics of the ancient Mu order, who had surrendered most of their humanity in exchange for great magical power.

“Let’s see if we can thin the crowd out a bit,” whispered Cholma. He scanned the room and decided on three Wolf Spiders who were roaming around the room. They passed behind one of the trucks, taking them out of sight of the others in the room, but still visible to the heroes on the overhead catwalk. Placing his fingers against his brow, he fired one of his psychic lances at the rearmost soldier. As that one crumbled to the ground, Animal teleported next to the second one and hit him with a mighty haymaker that launched the man into the air. He was unconscious before he hit the ground. Before he landed, Maddy had already zoomed in and frozen the third man. He was dispatched as quickly as the others.

Over the next several minutes, the team carefully made their way around the cargo bay, taking out groups of Spiders as quickly and quietly as they could. They had cleared out about half the room before someone sounded an alarm. The team was quickly surrounded as Arachnos troops converged on them.

“It was a good try, Cho, but it’s time to take the gloves off.” One of the Crab Soldiers was charging Animal, while the other two stayed back firing red darts of energy at the heroes. “Let’s bust some heads!” He knocked aside two of the Wolf Spiders and engaged the charging Crab Spider head on. Maddy dropped an ice patch on the ground and then quickly rose up into the air, out of melee range. Ice blasts began slamming into the Spiders as she provided high cover. Cholma targeted one of the distant Crab Soldiers and used one of his powers to siphon the speed from his opponent and transfer it to himself. His movements increased threefold as his opponent was similarly slowed. He then transferred his attention on the surrounding mob and hit them with his Fulcrum Shift. He felt the power surge into him as one of the Wolf Spiders tried to club him with a mace. Cholma easily dodged the blow and hit the thug with a TK Blast that sent the man flying. A sudden drop in temperature and swirling snowflakes announced the arrival of one of Maddy’s blizzards.

“Cho! Behind you!” Maddy’s warning came too late, and a red cocoon of energy wrapped around Cholma, binding his arms and holding him in place. The Mu Guardian had circled around the battle and attacked from behind. Several ice blasts struck the mystical being, but didn’t appear to have any serious effects. Maddy then tried to freeze him, but other than a slight slowing of his motion, he ignored her. Bolts of red lightning flew from its forehead, striking Cholma repeatedly as he struggled against his magical bindings.

Cholma struggled to speak. “M-Maddy! Wand! Use the . . . wand!” The Blackwand was a magical piece of wood, perhaps two inches long, that when activated became a four-foot staff that could fire blasts of negative energy. It had been gifted to Maddy from the mystics at M.A.G.I. in recognition of continuous service to the defense of Paragon City. Cholma had a similar item, called a Nemesis Staff, that hurled bolts of kinetic force, but it was a technological item instead of magical.

Maddy reached into a belt pouch and pulled out the small piece of wood. She glance down at Animal, and saw that while he had defeated the first Crab Soldier and most of the Wolf Spiders, he was now slugging it out with the other two Crabs as well as the three remaining Wolf Spiders. With one hand she gestured at one of the Crab Soldiers and was rewarded by seeing her foe frozen in ice. She then activated the wand and swung it towards the Mu Guardian. The stream of negative energy wrapped itself around the floating horror, injuring it and breaking it’s concentration. 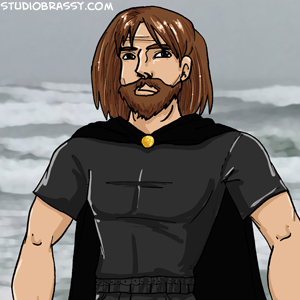 Cholma broke free of his bindings and immediately attempted to hurl the mystic away with a TK Blast. It grunted and was visibly injured from the force of the blow, but it held its position. More ice bolts hammered the Guardian from above. When it turned its attention to Maddy, the Guardian hurled a bolt of red lightning at her. Cholma pulled his Nemesis Staff from his own belt pouch, extended it and swung it towards his enemy. The globe of kinetic force slammed into the creature’s side and hurled it, tumbling, across the room. Maddy was then able to successfully freeze it, while Cholma hit it with a Psychic Lance, knocking it out. The two heroes turned their attention back to Animal, and quickly defeated the Wolf Spiders pounding his tough hide. The second Crab Soldier fell to the ground and the three friends quickly dispatched the final one.

Animal let out a long breath. “Whoo! That was a good workout. You guys sure know how to throw a party!” He dusted himself off. “I think I might’ve broke a sweat there.” Maddy and Cholma rolled their eyes, but made no comments. “What say we check out the rest of this floating rust bucket?”