I have a confession. I have a Pinterest obsession (that’s not the confession because there’s nothing wrong with that) and the only problem is the way it’s broadened my horizons.

Did you know that there are seriously attractive men, probably in their mid-20’s, who wear beanies? And the remarkable thing is that these hot dudes effortlessly transform stupid, ugly, ridiculous beanies (and toques) into something awesome.

So you know what had to happen next… I gave Kieran one. AND sunglasses because A: why the eff not? and B: Tomo takes place in Colorado and not having sun glasses here is particularly dumb. 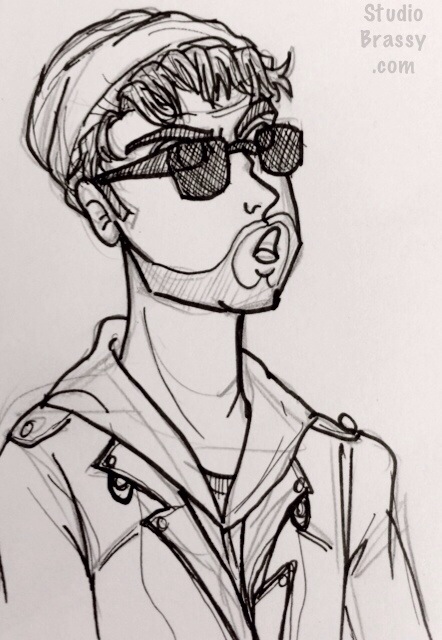 (It actually took me several times of drawing him in toques to realize they looked off because I wasn’t tucking his ears under. Oops! Fortunately he won’t have that problem on the actual comic pages.)