The Trouble Twins Pose for Photos 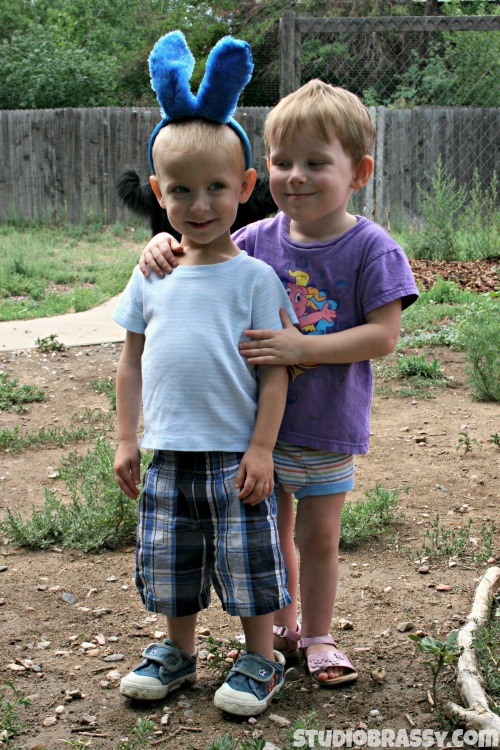 We were playing outside the other day when the kids noticed my camera. “Oh, take a picture of us!” they cried. Or Pixie did. Chappy will go with the flow, but Pixie is obsessed with cameras and taking photos. I really want to get her this drop-proof kiddie camera, but it’s sixty bucks. Not exactly an “on a whim” purchase! All the cheaper drop-proof cameras I could find were boasting a 0.3 megapixel camera though (apparently that one is something like 1.3 megapixels – Oo! Fancy!). If I’m going to get her a camera, we need to be able to at least print the photos out and tell what they’re supposed to be.

My kids are 2 and 4, but most people can’t tell. Pixie had a significant growth spurt after her hip surgeries, which is good because she’s the older one and for awhile I thought Chappy was going to be taller than her already. He’s little for a 2 year old, but he’s certainly bigger than Pixie was at 2!

Must be nice not being born with dislocated hips.

For a few months there, even mothers with young children were mistaking these two for twins, though with hesitation. They could tell something was up, and they didn’t… quite… look the same age, but they kinda did. And they were the exact same height for awhile, which I’m sure is what threw them.

Well, that and those matching faces. Just look at those eyes!

These two are up to trouble.

Maybe not right this second, but probably.