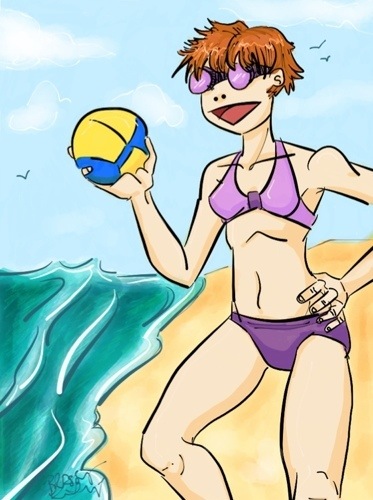 We went to San Diego recently for a long weekend because Hubble’s company takes really good care of their employees. The kids stayed with Gramma and the dogs stayed at the kennel, which has pretty much happened never. We don’t really take vacations, unless you count spending four days (twice) at The Children’s Hospital a “vacation”. I still can’t decide if they’re the best or worst hotel ever. Probably the most expensive, since I’m still paying for it.

Did you know they take airport security Very Seriously at the San Diego Airport? Our friend got the irradiating body scanner treatment and a pat down. Probably because her carry-on was a bag of local blood oranges and security was jealous and/or hungry. So, they have you pause after the body scanner and some grouchy security guy stares you down for a few seconds before you can go. The whole thing is ridiculous and obnoxious, and honestly is part of why I don’t mind our decidedly non-jet setting lifestyle. I’d rather stay home. Usually. Apparently I have no problem being irradiated to leave a foot of snow behind for 70-plus degree days and sunshine in a fancy hotel on the marina for four days. Go figure.

I really miss California sometimes, but I’m much happier just visiting. It’s expensive to live there and the traffic is insane. We’d been there for less than 5 hours and I think we almost died on the roads as many times. Okay, not really. It was more like three times.