I made Pixie a tutu, which she was really excited about while watching me tie on each section of tulle and then wore for less than seven seconds. So I put it on Chappy, because their dad wasn’t in the room to stop me, and Chappy thought it was awesome. Then she decided that she wanted it after all, probably because her brother had it.

I found tutorials via Pinterest, which, by the way, has pretty much sated my need for stupid magazines with bright, shiny pictures of pretty things (and is free). I made an elastic waistband, which almost takes more time to thread the needle on your machine than to actually sew together. Then, I got a bunch of white tulle leftover from a friend’s wedding and used kool-aide to dye it pretty by boiling the tulle in hot water in a pot on the stove with the drink mix for 20 minutes. I didn’t add anything else because the ascorbic acid in the drink packets is supposed to be sufficient for dyeing tulle, and they were colorfast when I did a test wash. Also, the tulle gets softer after boiling and, most importantly, shrinks. So do not cut your tulle sections before boiling!

I actually made a tutu for someone else first as part of a (time sensitive) trade for the large roll of tulle, so after that one I needed to dye more to have enough for Pixie’s tutu. Then I got sidetracked and everything for hers sat around in my project drawer for 8 or 9 months. After that Walmart started carrying 6″ wide rolls of colored tulle for cheap, so I took the shortcut. I’m not ashamed! But… the colors weren’t all as perfect and it wasn’t as soft. So: pickiness versus her ever actually getting a tutu made, and remembering that my 3 year old does not care if the green is two shades one direction or another? Project completion won out this time, but that slightly pastel, slightly off green might have caused some gnashing of teeth on my end. 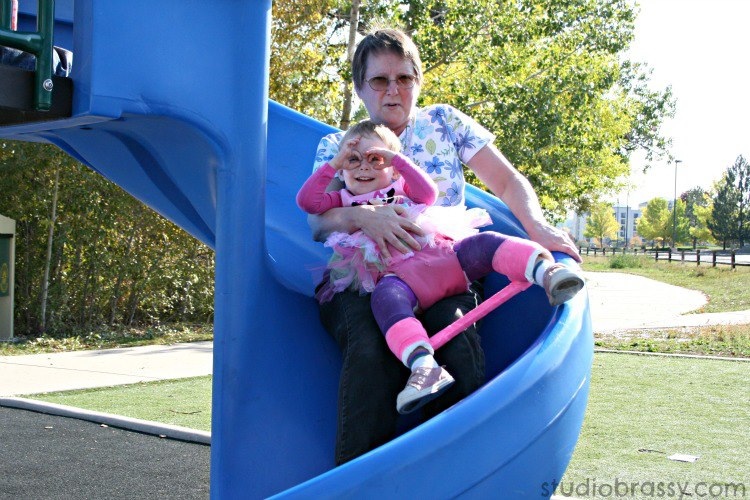 To actually make the tutu, I used this advice from Treasures for Tots to wrap the tulle on a 15″ piece of cardboard and then cut across the ends to make a wad of same-length tulle sections all at once. Easy! Trisha at MomDot has an excellent tutorial for the rest of the making a tutu bits. Once you have cut tulle and a waistband, stick the waistband on your leg to hold it open and tie the tulle on. I folded each segment in half to create a loop. Hold the loop over the waistband then bring the ends up and loop through. Ta-da! Using 15″ tulle pieces thereby gives you 7″ skirt length for itty bitty girlies. Obviously, you want to use longer length for older kids. Decide how long you want it to be, maybe by measuring your kid from waist down to wherever, double that, and add one inch for the knot.

As a last step, you can add fray check to make sure the tulle stays pristine, but I found that to be an annoying, time-consuming mess. I’ll have to keep looking for a good solution!