Every day around 3pm, the atmosphere at our house shifts drastically. There’s yelling, crying, and whining about dinner, plus the kids are pretty crabby.

I’m trying to cultivate some patience, but it seems to just walk out the front door by mid-afternoon. Which is exactly what my 3 year old would do if I didn’t have a gate up. Deadbolts and other such locks crafted by mere mortals do not deter her, and she’s teaching Chappy this skillset as well. I tried taking away all of their step stools so they couldn’t climb up counters or reach the deadbolts, but they just stack any available surfaces until they create a miniature Tower of Babbling Small People.

Oddly enough, if I did simply remove every moveable object in their playroom (and adjunct playroom, aka the family room, aka the other room overtaken by junk) Hubbles would probably be happy. For point-four seconds between having a completely clean, uncluttered room and then having two very loud and very bored small children.  So I spend the morning taking them outside and finding enriching things to do, following the competitive parenting mandate of NO TV (sometimes) simply so I won’t feel as guilty about later dropping them in front of the digital babysitter for two hours before dinner. But there are days where 3 o’clock seems to arrive at 10:30 in the morning and those are the days Hubbles starts to look concerned and makes disparaging conversation about too much television.

Here is where I’d confess that I’m not a supermom, but I can’t imagine anyone being burdened by the misconception in the first place. 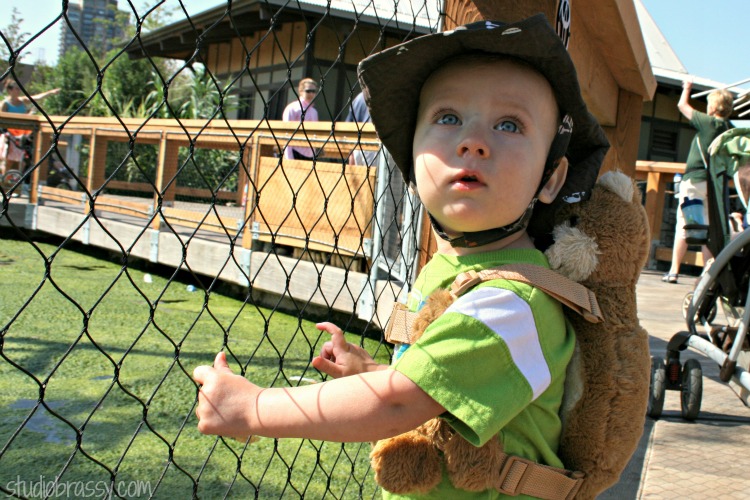