As difficult as handling two kids can  be at times, I really do like having two. Which is good, since I don’t think they’re refundable. And having them two years apart, almost exactly, means that they can actually play together, which is pretty much the single greatest part of having multiple children. Except when they misunderstand “playing together” to mean pushing, pulling, toy-stealing, potty-chair-stealing, biting, and screeching. The number one worst part of having kids is either the constant threat of imminent, irrecoverable heart break as they totally consumer your entire heart and world, or the constant shrieks.

Having two also means they throw each other’s differences into sharper relief. A kind who is only kind of quiet suddenly becomes The Quiet One when their sibling is super loud and extroverted. In our case, we have The One Who Eats 2.4 Calories per Day and The One Who Eats Constantly.

A perfect example is dinner time. I convince Hubbles he needs to have dinner with us,  because studies claim otherwise our children will grow up to be poorly adjusted, obese, and probably have too many tattoos. I’m currently working on convincing him that “have dinner with us” doesn’t mean spending half an hour reading the Something Awful forums while pretending we don’t all exist. During this picturesque slice of domestic bliss, you may find that I’ve finished my plate, Hubbles has refused to eat since he didn’t get lunch until 3 in the afternoon, Chappy is on his fourth helping, and Pixie is under the kitchen table, dinner untouched. 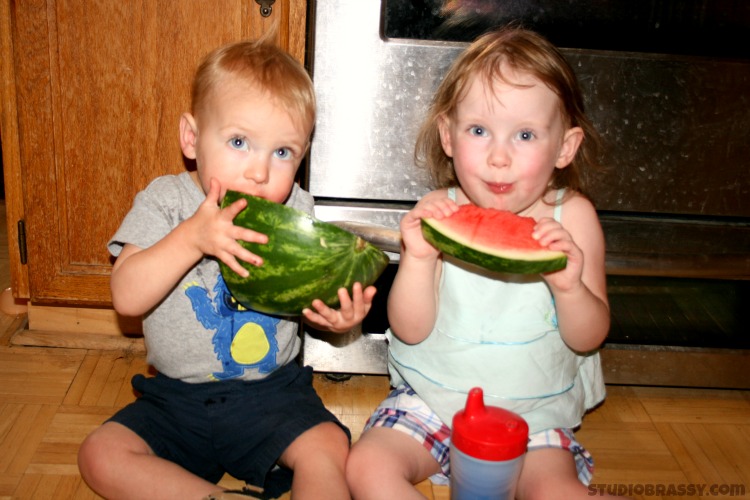