My son is what people like to call a Good Baby, but I think that’s unfair. My daughter is a good baby too, like every single baby ever. Okay, fine, she’s a Big Girl now, but she was a good baby and she is still good. But, she wasn’t the type of baby people mean when they say “good baby”.

What they really mean is an easy or easy-going baby, which only accurately describes one of my children. Chappy is simply easier to physically care for and has a more accepting temperament. Pixie is my fiesty one, and she also has myriad medical issues, which makes the physical care part more difficult. Emotional care, though, is the same. I don’t love her less because she had colic for six months, or because she has behaviour-affecting food sensitivities, because she gets night terrors, or because she will* need some serious surgery for her congenital hip and spine abnormalities. Let me clarify: I don’t love her less.

And this is what I think of when people volunteer that Chappy is obviously such a Good Baby. It’s like saying that babies who are not easier in temperament or physical care are not good, or not as good. And that would clearly be an awful thing to say, so please. Think twice the next time you want to say it, as well-intentioned as you are. You’re trying to say something nice, usually to a stranger with a cute, quiet baby out and about, so maybe we can all agree to say something less dumb. 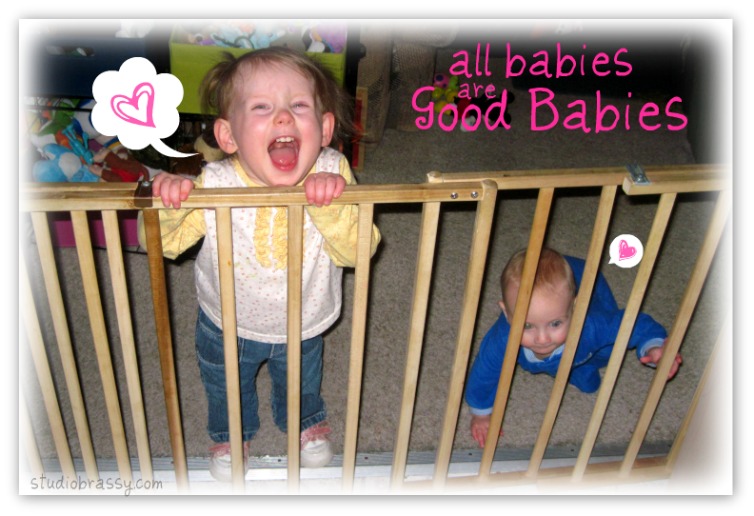 *And shortly after writing this draft, it was confirmed that little Pixie will, indeed, need at least two hip surgeries. Big, fat, frownie, sad face, y’all!