On occasion, Tank’s behaviour will earn him an entire litany of insulting names. As is customary, the worst name comes last: 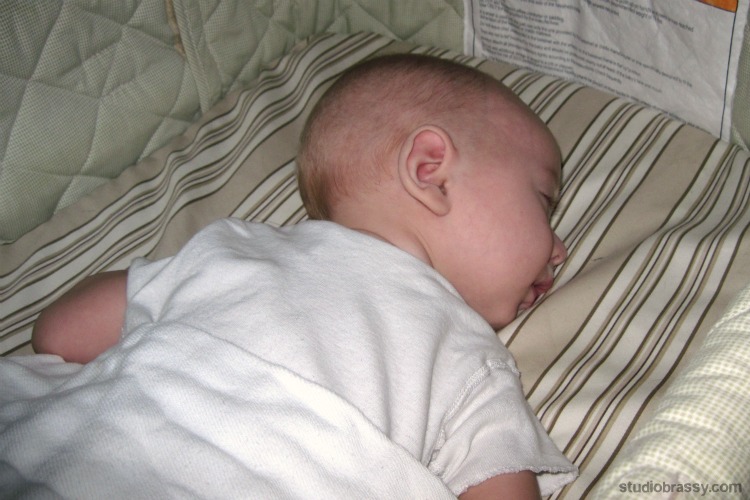 Pixie has always been a poor sleeper. She has difficulty falling asleep and wakes at the smallest sounds and minor interruptions. She sleeps very lightly, just like her father. She did not sleep through the night until 11 months, and she didn’t nap more than 30 minutes at a time until then either Oh, and she’s been temperamental (and adorable, really!) since Day One.

Put yourself in that sort of extended, sleep-deprived stress, and then let the relief of a child finally falling asleep wash over you.

Then have a dog throw a huge, obnoxious bark-fit in the house.

I’ve learned to manage things to reduce the frequency of these nap interruptions, but it’s now become harder: I now have two babies, on two different nap schedules.

Chappy generally sleeps very well. He sleeps through a lot of things and (usually) goes to sleep easily. He does, however, have a pronounced difficulty sleeping through one of his big sister’s tantrums IN THE SAME ROOM.

Or, Chappy will be asleep in his swing and Pixie will toddle up, reach over the side of the playpen, and “help” her brother by changing the settings. Which, duh, WAKES HIM UP.

But don’t worry; he gets his revenge. A sudden bout of crying will cut Pixie’s nap short, or wake her just after she’s finally nodded off at bed time, efficiently enough.

I just realized why “momma-waker” isn’t a bad word here. With all of this nonsense going on, I’m not likely to get any sleep myself in the first place!

I’m almost afraid to ask, but what’s YOUR sleep schedule like? Any babies, pets, or random acts of God keeping you up?