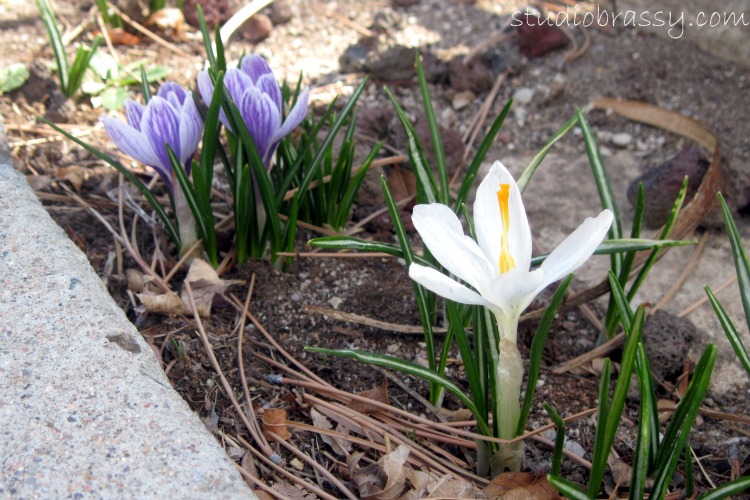 We’ve had such a mild winter out here in this part of Colorado that the first days of Spring actually feel like Spring. Normally I think of March as being very snowy and I wasn’t expecting my bulbs to start sprouting up until at least April, if not May. Not only have they sprouted, some of the Crocuses are already blooming! My shrubbery in the backyard is coming back to life, too. My only worry about the early sprouts and blooms is that the Colorado winter can still frost them over or bury them in snow. 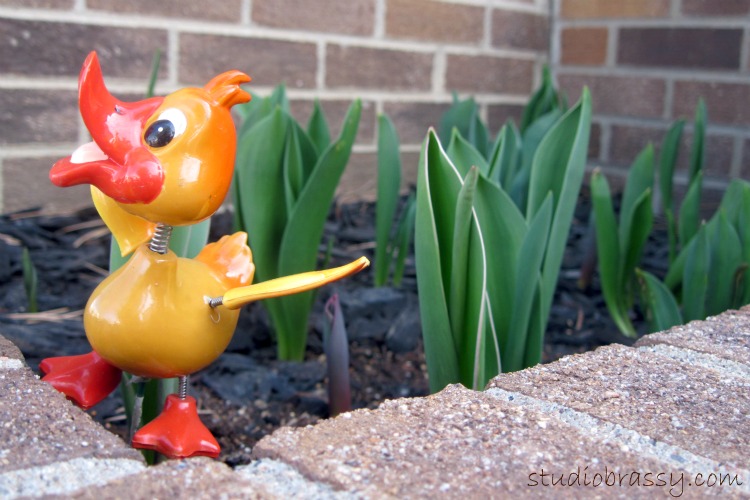 My Tulips don’t have any flowers blooming yet, but that lovely green is already reaching out and up for the sky. I planted quite a few when I redid the flower beds, and they seem to have survived the squirrel and bunny foraging. At least, some of them did! The sections of the planters that get the most direct sunlight are the ones that are growing first.

I have another flower bed that I’m not showing you pictures of because it sucks. It’s still a mess and was on my list of things to fix in the Summer and Fall, and I didn’t get to it. I was too busy being sick and miserable, and was just happy with the bits I did accomplish. Unfortunately, that left me with extra bulbs that we had bought, but not planted. What a waste! So I did some Googling and saw that some folks plant bulbs during the winter indoors and grow them that way. Then after they bloom you can move them out to your flower beds for the next years (bulbs are annuals, meaning that they will grow again the next year). I bought some windowsill planters and am trying it out. It will take supposedly 12 weeks from planting to sprouting, so I’ll have to update you guys later on whether or not it worked.

For now, I have a Box of Dirt, as the Hubbles calls it, and I water it. Or, sometimes I ask him to water it for me, which happens to be when he starts grumbling about having a Box of Dirt in the house. 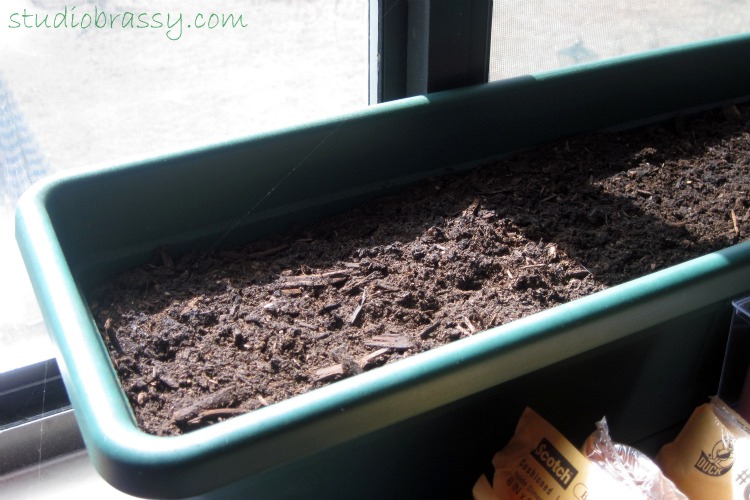 For a guy who likes flowers, I think he’s being a bit of a whiner about my indoor dirt. Though, given how accident prone I am these days, maybe his biggest concern is whether or not he’s soon going to be vacuuming up the contents of my Box of Dirt…