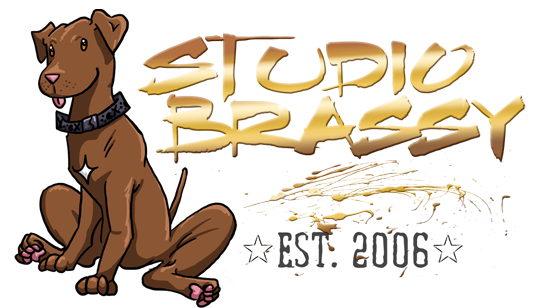 And I don’t mean the kind where you tell a two-year old not to dance her pony toys across your iPad screen so she throws Twilight Sparkle at it instead, though I could tell you about that one too.

No, I mean “sleep inertia,” which is not actually Physics related, but totally sounds like it.

What is Sleep Inertia?

Sleep inertia is when your brain and body are not waking up at the same time, so you may begin to wake and not be able to move your limbs. Or your body is waking but your mind is still dreaming and there’s confusion and you aren’t cognizant of the waking world around you. Though, that last example is also called Night Terrors, if you wake screaming (and still partially asleep). Are they the same thing? Is either the same as sleep paralysis? And what the heck causes this?!

Well, I dunno, but I do know that Pixie has a lot of naps where she wakes up completely freaked out, and sometimes at night, too. And my Google-Fu can find plenty of other parents whose children sometimes wake with a horrible, panicky fit, but not a lot of answers. Apparently, it’s fairly common in toddlers, either as Night Terrors or Sleep Inertia, and kids will generaly grow out of it, at least in frequency.

That may be so, but it’s frustrating. I can’t tell if she’s overtired, in pain, having stomach cramps, just fussy, scared, or what. And I hate feeling helpless. Normally, she isn’t too bad. She may cry for a couple of minutes and go back to sleep, or she may fuss for me to come and get her after a nap. If she’s woken up mid-nap, possibly by loud barking, not that we know anyone capable of that, she may cry from being upset and still tired. These situations are different. I saw one parent compare it to a movie-style demonic posession. Yes, I thought, that’s exactly the way to describe it!

Looking For a Cause 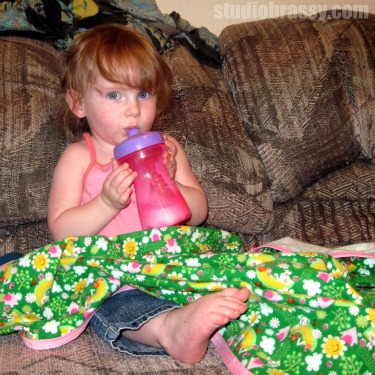 For Pixie, I’m trying to keep track of what days this happens, and severity, and what else happened or was eaten. She and I have the same doctor, and we’ve been working with her to figure out some possibly-food-related issues (hint: they are actually food-related). So at this point, we know too much dairy causes tummy troubles for Pixie. Cheese is out, and milk is reduced. And it occurred to me today that her recent increase in frequency of these naptime Terrors, or Inertia, or Playing Demonic Avatar, whatever, might be correlating with days that I’ve let her have milk right before nap. Normally she gets her second milk after nap, before dinner.

Correlation is not causation, and there may very well be no reason for her behaviour beyond a maturing nuerosystem that needs time, but I was trained as a lab monkey. So I look for patterns, and answers, or at the very least: good questions. The investigative process is my panacea. Sometimes, even if I have no answers, but I at least have found some better questions, I feel like I’ve gotten somewhere.

Update: I wanted to update this post since I get a lot of click through for it from Google. Here’s the scoop: we cut milk out completely and the horrible screaming fits went away. No more night terrors. Her chronic constipation also cleared up. Pixie now gets rice milk (for calcium, doctor’s orders) and a probiotic every day.  Cutting milk or other dairy out may not help your child, but it’s something to consider if you’re at your wits end.

However, we did have a return of the night terrors recently, after Pixie had two major surgeries. She had bilateral dislocated hips, and getting it diagnosed was way harder than it ought to be, so she was already 3 when she had her surgeries. When she was in the spica cast after surgery (a cast that goes from the bottom of your ribs down to your ankles, with a cut-out in the crotch for diapering or using the bathroom) she had severely limited mobility (since that is the point) and gas would be a huge problem. We had to start giving her baby gas drops again because she wasn’t able to, well, fart properly! So the gas was becoming painful. She was also in a noticeable amount of regular pain, so a lot of other issues we thought we were passed resurfaced during this time. Thankfully, within a month or two of the cast coming off Pixie healed enough that she was much more back to normal and those other problems subsided.

But this gives us two more potential causes: gas, and other pain. For gas, you can try infant gas drops (not gripe water). They are very inexpensive, apparently taste good to the kids, and they WORK. We used the store brand drops (about half the price!) and they were exactly the same. Also, try gently pumping baby’s legs (bicycling) to help work that gas out.

As for pain… that’s a tough one. We are still seeing many doctors to try to sort out Pixie’s chronic pain. She has a lot of specialists at Children’s Hospital, and a lot more questions than answers. It is a very hard road, I do hope you won’t have to go down it as well.

What You Can Do Now

My take-home is that yes, kids may just grow out of this sleep inertia thing, but sometimes there IS a cause. Don’t beat yourself up if you can’t figure it out, and don’t make yourself crazy trying everything, but if you have a hunch: just try making a change. So often parents are told today to just stop worrying and trust everyone but themselves. You know your kid better than anyone else.

Good luck with your child’s sleep inertia, or night terrors, or (hopefully not) congenital hip dislocation!